As someone living with the unpredictable and distressing heart rhythm disorder ventricular tachycardia, Gary Tompkins has had his share of what could be considered bad days.

There was the day in 2012 when Gary experienced ventricular tachycardia for the first time and nearly died. Many days since then have included high-voltage shocks delivered from Gary’s implanted cardioverter-defibrillator as it worked to reset his heart’s rhythm during ventricular tachycardia events. Three times in the past two years, Gary has undergone cardiac ablation surgery to treat the condition in a Mayo Clinic operating room 1,000 miles from his home.

But to Gary, a married father of two from Greenville, South Carolina, even the worst days are good ones, and each is a gift. “God has got a plan,” he says. “My faith is very strong, and I keep a positive attitude on everything.”

That attitude shines through to his Mayo Clinic care team. “He’s been through so much. He is simply an all-around amazing human being,” says Christopher DeSimone, M.D., Ph.D., a cardiac electrophysiologist at Mayo Clinic in Rochester, who recalls a hospitalization when Gary’s heart went into ventricular tachycardia and his defibrillator kicked into action. As the device delivered several electrical shocks to Gary’s heart, he called out for Dr. DeSimone, who was at the hospital.

“When I heard a code called from the operator overhead and recognized it was Gary’s room, I ran as fast as I could to his room,” Dr. DeSimone says. “When he heard my voice, he turned around in bed and, as he is boiled over in pain, looked me in the eyes and said, ‘No bad days, brother.’ I couldn’t believe it. This guy was getting shocked. I’d be terrified. Here he is telling me, ‘No bad days.’

Gary experienced his cardiac disorder for the first time in December 2012. During ventricular tachycardia, abnormal electrical signals in the heart cause the ventricles, the heart’s lower chambers, to beat rapidly and out of sync with the upper chambers. “I remember it vividly,” Gary says. “I woke up, turned on the lights and said to my wife, Kim: ‘Get up. Something is seriously wrong.'”

Gary took a few steps and passed out. While Kim was on the phone with 911, Gary says he recalls feeling as if he had left his body and was floating above the scene. During this time, Gary believes God spoke to him, saying: “I’m not ready for you. You have more work to do for my kingdom.”

“I woke up, turned on the lights and said to my wife, Kim: ‘Get up. Something is seriously wrong.'”

Gary regained consciousness after several minutes. He quickly dressed and met the ambulance arriving in his driveway. The paramedics who took his vital signs were stunned to see Gary’s heart rate was 208 — more than double the average. The paramedics decided to defibrillate Gary to reset his heart’s normal rhythm.

“As (the paramedic) prepared to defibrillate my heart, he said, ‘This is going to hurt a lot,'” Gary says. “I have to say that (paramedic) is the king of understatement.” Getting shocked, says Gary, is akin to getting kicked in the chest. By a bull.

Gary required two shocks. The first knocked him out, and the second restored his heartbeat to normal. Follow-up testing at a local hospital revealed the faulty heart rhythm was caused by inflammation known as myocarditis. At the hospital, Gary also learned that an implantable cardioverter-defibrillator would work to pace his heart back down if he had other episodes of ventricular tachycardia. If the device couldn’t deescalate his heartbeat, he’d receive an electric shock to reset his heart rhythm.

“It’s like having my own EMT crew with me all the time,” Gary says.

For six years, the defibrillator did its job and Gary, who is president and CEO of a recruiting firm, fully engaged in life. He traveled and regularly participated in vigorous cardiovascular activities. But while cleaning his home for guests in February 2018, his defibrillator shocked him. Four days later, while carrying groceries, he got another shock.

Although the shocks don’t render him unconscious, they “absolutely ruin your day,” Gary says. He was prescribed medication to regulate his heart rate. But in June 2018, he experienced another series of shocks. That resulted in Gary requiring additional medication.

For Gary, the physical pain of the shocks was exacerbated by psychic dread. “The first three times, I was back to normal in a few days,” Gary says. “Times four, five and six, I could feel the device trying to pace me down, and then I knew the shock was coming. Afterward, I would shake for about 30 minutes. It’s an experience that left me with post-traumatic stress disorder.”

With the episodes of ventricular tachycardia increasing, Gary’s local physician recommended an ablation procedure to treat the condition. Although Gary could have had that procedure closer to home, the physician suggested Mayo Clinic. In July 2018, Gary and Kim traveled to Mayo Clinic in Rochester. There they met cardiac electrophysiologist Suraj Kapa, M.D. Gary underwent a series of tests to map his heart and identify where the abnormal impulses were occurring.

A few days later, with a clearer picture of Gary’s heart, Dr. Kapa performed the ablation. It involved inserting tiny catheters into a blood vessel in Gary’s groin, and then threading the catheters into Gary’s heart to the areas responsible for the tachycardia. The catheter then was heated to cauterize the abnormal tissue in the heart.

Gary recovered well from the surgery, and he enjoyed a few months of normal heart function. But in early December, while deep-sea fishing, he heart began to race, and the defibrillator kicked in. After that, Gary reached out to Dr. Kapa.

“We were aware that we might have to bring him back because where the short circuit was for him was in the middle of the heart,” Dr. Kapa says. “While we tried to burn those areas, it wasn’t clear if we’d penetrated to where the primary short circuits were.”

Although the recurrence was devastating to Gary, his Mayo Clinic team had another treatment option to offer him. A needle ablation procedure, which was part of a clinical trial, had the potential to penetrate deeper into areas within the heart than conventional ablation catheters. Gary and Kim returned to Mayo in February, and he underwent the needle ablation with Dr. Kapa and Dr. DeSimone — the first patient at Mayo Clinic to do so.

“When you think about timing, it’s amazing,” Gary says. “They started development of this catheter back in 2001. When I really needed it, it was a month of waiting. Some people would call this coincidence. I believe it is all part of God’s plan.”

The needle ablation successfully treated the hard-to-reach tissue in Gary’s heart that had been triggering the electrical misfires. After the procedure, Gary eased back into his life. And for several months, it was business as usual. While hiking at Arches National Park in Moab, Utah, however, Gary’s heart began racing, and he braced himself. “I got shocked three times when I was a mile away from the car,” he says.

That night, from a hospital in Colorado, Gary called Dr. Kapa, who recommended a third ablation. A few weeks later, Gary was back in Minnesota. “When I got to Mayo, I met with Dr. Kapa and Dr. DeSimone, and gave them a good hug,” Gary says. “I didn’t want to see them again, but it was good to see them.”

In the days leading up to the ablation, Gary’s care team conducted several tests to hone in on the cause of the recurrence. A positron emission tomography , or PET, scan showed a patchy pattern of inflammation in Gary’s heart that was triggering the electrical misfiring. “What we realized was there were areas that were abnormal which were normal before,” Dr. Kapa says.

Since he started taking the steroids, Gary has been symptom-free. “The good news is when I went back for a checkup, all the inflammation was gone from my heart. That was cause for celebration,” he says.

The bad news is that Gary’s heart had developed a leaky mitral valve, which requires surgical correction. In February 2020, after he’s weaned from the steroids, he will return to Mayo and undergo open-heart surgery to repair the damaged valve.

“There’s really no equivalent profession where you get to make such a personal connection to other human beings. It is truly a blessing and honor.”

For the Mayo physicians who’ve come to know Gary through his journey, each opportunity to treat him is accompanied by a renewed sense of purpose. “There’s really no equivalent profession where you get to make such a personal connection to other human beings,” Dr. DeSimone says. “It is truly a blessing and honor.”

Despite his complicated situation, Gary’s unwavering in his optimism and confidence that he’s in good hands. “All of the people who’ve had a hand in this, I am so grateful we have shared the journey and become friends,” Gary says. “What is truly inspiring is how close I have come to God. I see how he placed every piece in the puzzle long before I would have even considered the need. Everything in life is now sweeter.” 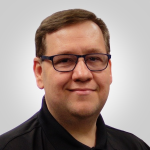 Micah Cantley speaks at “How to Lead Like a Navy SEAL” 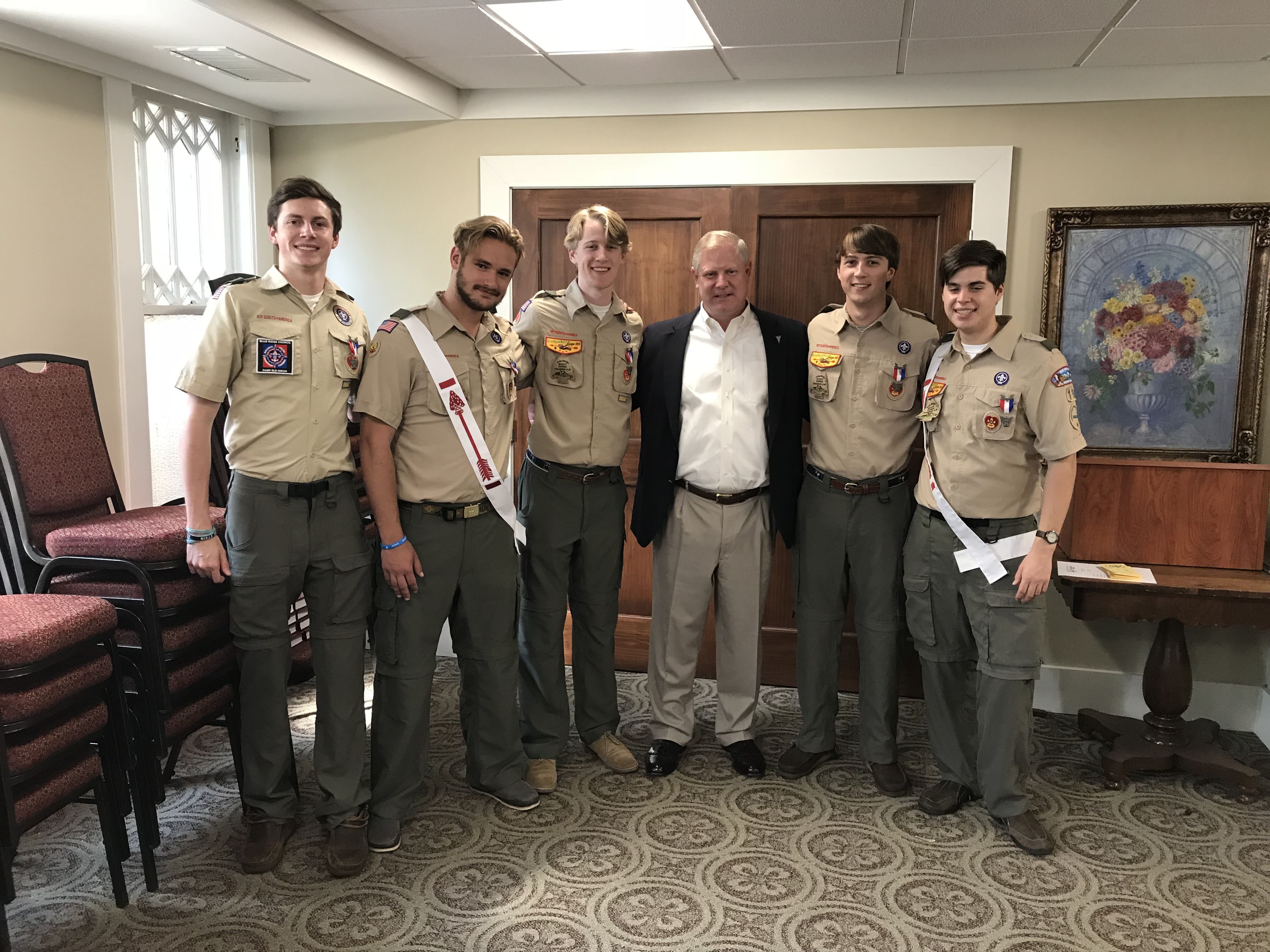